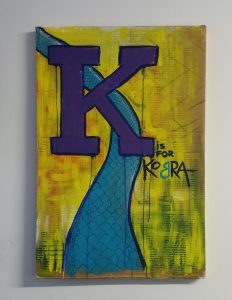 Another beginning in a long string of do-overs and remakes. It occurs to me that I’ve written so many of these over the years that I don’t know how to begin without being redundant.

Updates? New projects? Completed ones? Nah, no one wants to know all that stuff. It’s the same ol’ anyway. Instead, I’ll just talk about how I’m going to rule the world, one risky maneuver after another. Crazy talk? Sure, why not.

A long time ago, I had a dream in which I spoke to myself in regards to a pressing, inner-monologue, matter: What was my purpose in this world? I had all these specific skills unique to me and in some combination they had to signify something. I was created for a better purpose in life than for whatever I was currently doing, but I just couldn’t put the pieces together. Not until I came face-to-face with myself and said, “You need to be an advocate. Advocate justice.”

I woke up and pondered the bizarre encounter and suddenly all the pieces started to fit together. I saw how my skills worked with one another and could be used in the right way. It was like fireworks and sirens had gone off. It was an amazing epiphany. At once, I started work on building an online forum and called it the Justice Advocacy Through Arts. Here I could gather like minded individuals and groups in our fight against injustice. Art would be our weapon. I dedicated hours and hours at coding a site. I spent days blogging and building content. Months went by as I gained a following. A year or so later, I took my following of three people and threw in the towel. JATA flopped.

So after a few years of considering my failures and setbacks, and analyzing the data and feedback, I have concluded that I should have single-handedly launched this campaign and not attempt to create a League of Justice. I should have been more of a Rambo and not a Ray Kinsella.

There is an art to war, on how every detail plays a part in conquering your enemy and surviving the battle. Using offensive and defensive tactics. Using offensive defensive positions to lure your opponent. Strategies to manipulate, deceive, and divide.

There is also a war of art. The clash of creativity in the mind, the struggle to overcome personal obstacles, and the battle against indistinctive oppression formed by societies. Propaganda and guerilla marketing become the weapons. Rallying troops to factions, bombarding young minds with clever messages, subtle implications. In the name of what? Is it for greed, bitterness, hate? Or are we promoting love, peace, and justice?

I put my passion before my principle. I lost balance and sought to build something from nothing instead of creating a foundation to plant my roots. It was an idea that came from within, and it was a plan that had to start with me. The idea didn’t come from a visual representation of someone close to me on some emotional level; it was from myself so it has to start there.

In this new starting point, things won’t need to satisfy the constraints of social constructs, processes, norms, or concepts (although, in doing so might satisfy some definitions of said ideals. Just because I use big words doesn’t mean I know them). My imagination will dictate the content of my art. So, if K stands for Kobra from now on, then so it shall be. K still stands for Kindness, so get some or get your ass kicked (also with a K), because I will be adding to my collective arsenal. Dancing along my path, I will fill my quiver, one Kobra at a time.

This site uses Akismet to reduce spam. Learn how your comment data is processed.

I Has A Newsletter

New Products Available in the Store. Sign up for the Newsletter. Dismiss